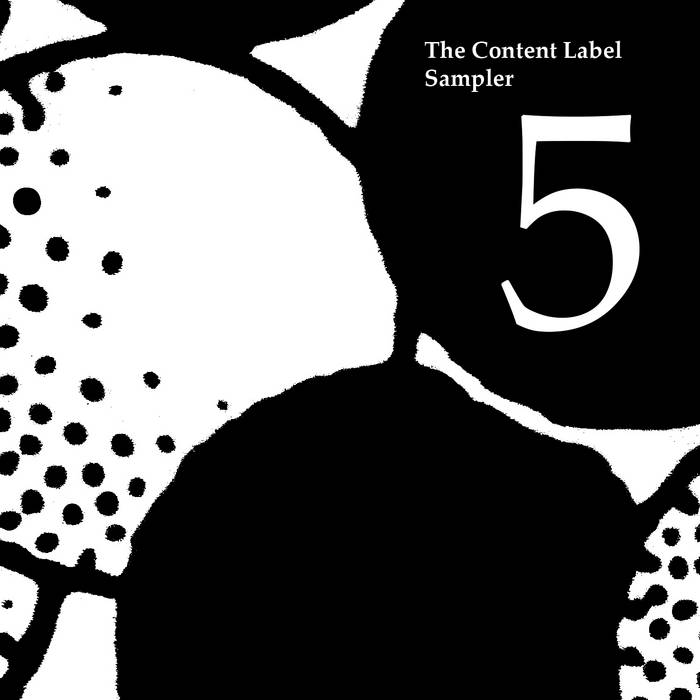 - - - - -
The Content Label is a Los Angeles project-based record label and worldwide collective. As the logo illustrates, over the years various elements have combined to produce works that have contributed to the lineage of sample-based music with an emphasis in electronic and hip-hop production. Curated by critically acclaimed recording artist Dday One, the LA-based boutique label’s exclusive catalog is exquisite and experiential.

This fifth label sampler is an overview of The Content Label’s latest exploits and the variance of the artists involved. Parisian producer, visual artist, and MC Lex (de Kalhex) sets the scene with “Solstice”, transforming from a jazzy boom-bap experience to spacier realms partway through the cut. Salty, the accomplished Japanese beat-maker, delivers on “ADSL”, showcasing an introspective hip-hop terminology via phased electric piano vibes, timeless vocal drops, and shimmering atmospheres. Dday One, The Content Label’s guiding force, next drops “Cielo Azul”. The track features layers of intricately assembled sound for a melancholy, worldly take on the sampler’s overall vibe.

The next two artists hail from Russia, underscoring The Content Label as a global affair. With a deft, strings-laden soundscape, Fiji unveils his “Sketch”, a sonic imagining of moodier, distant climes. LTF then shows the funkier side of Moscow with “Soviet Groove Machine”, an upbeat stew of drum beats, plucked guitar rides, and dubbed-out horns. Returning the artist roster to the USA, but inspired by Soviet-era classical music, the duo of Gone Beyond & Mumbles exhibit their poetically constructed “Apropos Of The Wet Snow.”